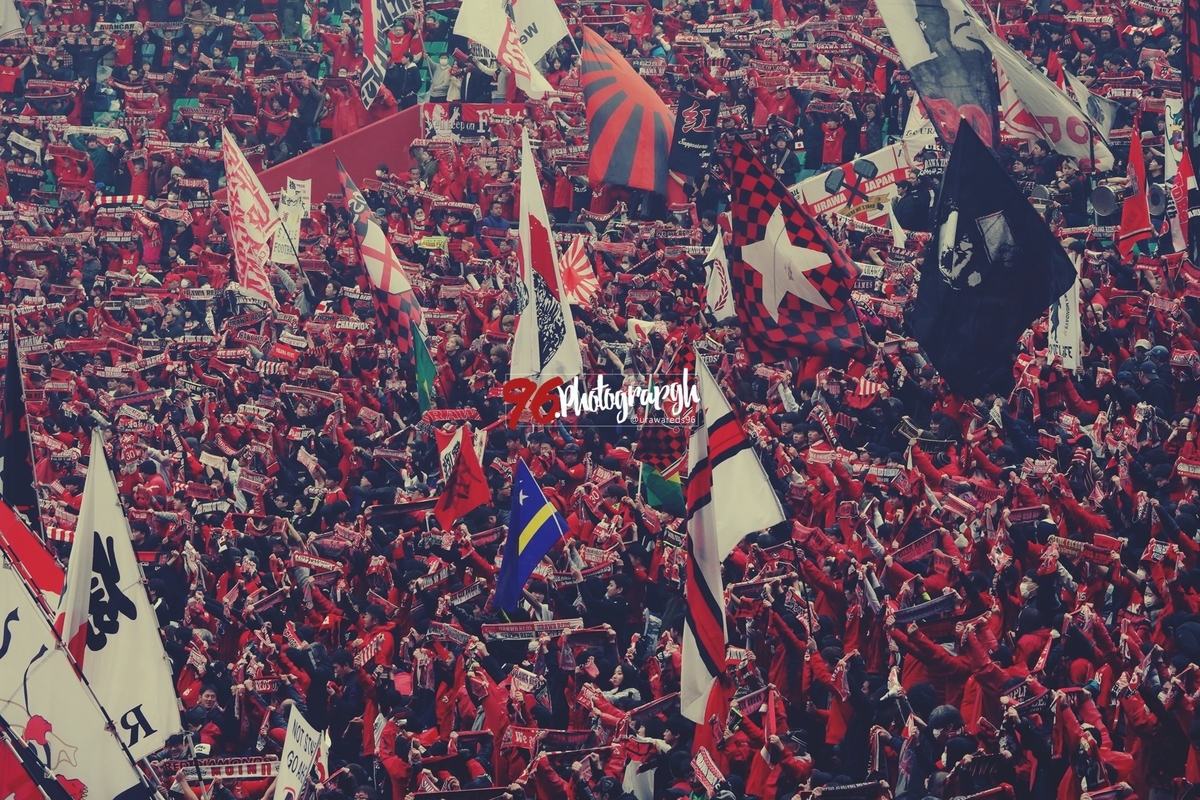 ... This article is following of the article below:

As soon as the camp started, the manager proceeded development of his football principle onto the squad.  The following are his idea of "Brand-new Reds".

3 concepts of the new style

1. To demonstrate the maximum capabilities of the squad
2. To play forward, proactively, and passionately
3. To play continuously, giving pressure on opponent

These concepts essentially present their intention to develop a team to play solid, rather a counter-oriented game than a possession game. OTSUKI's instruction in the spring camp also followed these 3 concepts of the club.

As the U-18 team that was developed by the manager played before, a new team of 2020 plays with  the 1-4-4-2 system with intention to take fast counters when they take a ball. He explained to media that it is the reason of making a big decision to use 1-4-4-2 after Urawa applied 3 backs for most of the history, that this system can most probably bring the best performance of his current squad.

This is somehow true as there were some players who didn't show his capability or play-style as much as they expected, in especially the sides where formations with 3 CBs require Wing Backs. Urawa sometimes put SBs, SHs, or even wingers there so that those players were forced playing too offensively compared with their capability or required running back into the back-line just after they dribbled into the opponent's goal.

Certainly, 1-4-4-2 can solve this dilemma for side players. Moreover, the manager could utilize SUGIMOTO Kenyu, who joined Urawa as an expected CF in last year and never found his place to play in 1 top and 2 shadow system,  to be a good candidate to replace KOROKI Shinzo, the ace as the supporters chant so for him.

The main weapon of the new Reds is speedy counter-attack. Once they take a ball from opponents, 4 to 6 players rush into the other Goal with full sprint. 2 tops and 2 SHs, sometimes one of CH and/or even SBs are involved in the Fast-breaks. There seem to be less care for possibility of scoring or quality of offence mechanism, but more importance to make speedy rush into the area and bringing as many finishes as possible before the opponent builds a defense structure. This was seen so many in the first game of the season v Sendai, the game 1 of group stage for the Levain Cup, scoring 5 goals. The Fast-break of the OTSUKI's side was not only very powerful but also logical as they showed their players ran in a good course to give a baller choices and numerical advantage in counter-attacks.  This brings dynamism to the Reds. The supporters were surprised to find the boys in red were playing with obvious principles and scoring the same in the first game as they scored in the final 8 games of last year in J-League and the AFC Champions League.

On the other hand, of course there are weak points of the team. the 1-4-4-2 defensive block is very narrow and the team is forced to make a long slide move when the opponent change the sides. 2 tops don't show any good direction of the opponent's build-up so that they can't have any restrictions on where the opponent brings a ball and, furthermore, they so far failed to give barrier which makes their opponent's back-line difficult to change the side.

There's another problem after they are changed the sides to play. In 1-4-4-2 system SBs have to position in more center if the ball is played in the other side rather than when you play 5 backs. But Urawa players seem having difficulty to be used to this principles and even in the opening 2 games we can find they scored by the crosses to the far side and the red back-line is losing where they stand. 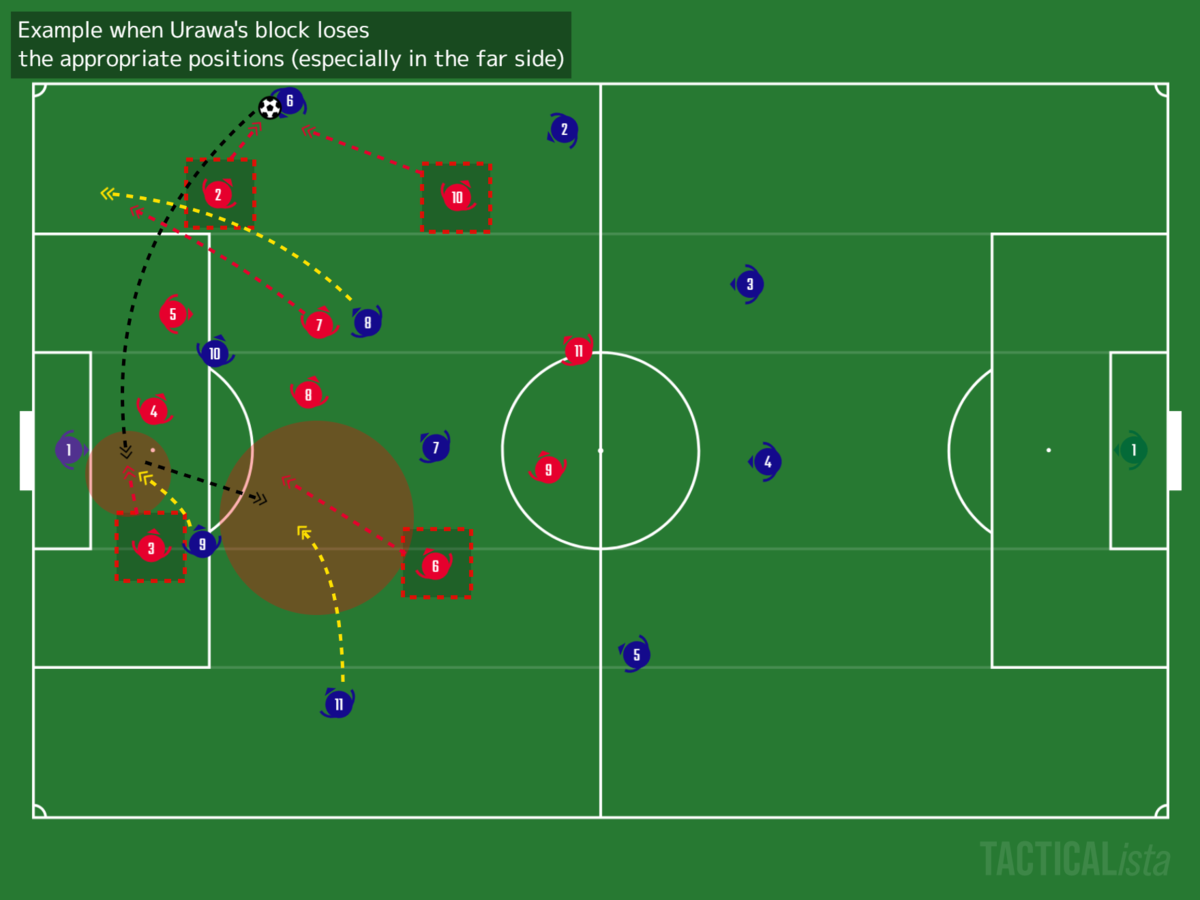 However those problems can be considered as normal phenomena when you start to apply 1-4-4-2 with a narrow defensive block. No players in the club have not been experienced 1-4-4-2 in their football career and the're getting used to this formation. So far they've been showing good challenges to activate more Fast-breaks and play more aggressive. Moreover, when Urawa builds-up, you may find their principle of play following the "5 lanes principle" to make more triangles at most on the pitch and to create appropriate spaces for teammates.

In conclusion, the Reds is going to reborn with aggressiveness and logical principles, and some clear weak points. Although medias predict the Red Devil will fall again in the 2020 season, OTSUKI's side might attack with a totally different face of them.

Here I have summarized a few players to be checked as a hopes of the 2020 season. With its running-style football, the manager seems likely to give chances to younger players. Since Mischa's age, Urawa has been propped by national classed players who has been getting veterans. So I think it's good time to spotlight young stars who have been covered such big players.

The 22 years old Brazilian has come from Albilex Niigata as the winning goalscorer of the final of ACL 2017, Rafael Silva came from the same. Once he was brought by OKANO Masayuki, a General Manager of Ginale Tottori in J3, He have scored more than any players in categories. He had scored 24 goals in J3 for his first season in Japan, before he also got 28 goals even in J2 for Niigata. He declared to score around 23 goals, as many as he analyzed history says that the number is needed to be the golden shoes player in the J1, to be the first man in the history awarding the golden shoes for 3 consecutive seasons.

His play-style is typical goal scorer. He can easily create space for him to swing his foot with not only moving for vacant space but also stopping in the area to be vacant by his enemies’ dealing with a baller or more important spaces. So far, he scored at least one goal for every game the club played including the official J1 game. He can probably provide himself as one of the best scorer in the league for this season.

Despite of his young age, he has been showing his leadership through his reaction for difficult situations or how he communicates in such circumstances as the team was scored a goal. The man who has disclosed his idea that he might consider to take Japanese citizenships to be a part of Samurai Blue if he is asked, was impressed by his new teammates that he is a team-player who can pass, run for his colleague, and even accelerate pressure to the opponent when an opponent passes back. The manager OTSUKI also evaluates the 22 years-old and he plays a full game in both 2 official matches so far, while the Rival SUGIMOTO plays only 90 min in the Levain Cup and the ace KOROKI plays only in the J-League game.

An attractive dribbler, joined last year into the Boys in Red. 24 years old who was raised in an academy of Yokohama F-Marinos, made no disguise of a feeling of respects to the Red giant that he had had in his mind, when he failed having an invitation to the top team of Yokohama. Despite he spent tough season last year just after joining to Urawa from Montedio Yamagata in J2, he is getting blighter and blighter with getting Left SH role in the squad. Not only dribbling skill but also passion not to hesitate making full sprints assume that he has been playing an important role to turn the switch on of Fast-breaks that is the manager’s main aim to win the goal in 2020 season.

Wearing #24 means, for Urawa, to be expected as the dribbler who can voltage the crowds of Saitama Stadium 2002. The history of 24 began when HARAGUCHI wore it as his second number before he was asked to wear #9, followed by SEKINE and YURUKI.

After coming back from Europe last year, SEKINE had disclosed his passion and sense of responsibility to prove his presence and evaluation as the professional football payer.

Although he struggled a bit with the team falling to 14th place last season, he now find better place to shine for the supporters. As he was playing in OH in the youth age, he plays the right SH under his boss, allowed to step into the central lane to play more offensively in combinations with 2 tops and to score goals. So far he seems to like his new role and he has suddenly providing himself in the game, with an assist for LEONARD for the first goal of the team in the Levain Cup game, taking PK in the 2nd half of the same, and scoring the winning shot in the last moment of the opening game of the J-League.

The side attacker is the same age as YURUKI, and these 2 youngsters are expected to be the keys to bring dynamism into the brand-new Red Devils.

Here’s another 24 years old player to be one of the key to build the new Reds. The former deputy captain of Meiji University football club that won the Prime Minister Tournament to award the best University teams, joined Urawa 2 years ago as a freshman.

With his inexhaustible stamina, he can help his teammates by appearing in any situation of a games. As a young CH, the coach appreciates him and has started him over the last two games, instead of using experienced seniors. The man who has been expected to follow Urawa’s legendaries like SUZUKI Keita, HASEBE Makoto, and ABE Yuki, all that played Japan National as CH or Pivote, understands this season is going to be a branch point for him to last his career as a part of the Reds or not.

Despite his tend to consider too long who to pass and lost his choices to choose when he is on the ball brings him into difficulty when the team builds-up, his presence in defensive moments is getting more and more important. With only around 30 games of experience so far, he has so much possibility to develop his ability and understanding how to play in the highest level in the country, SHIBATO is going to be the key for the central area of Urawa.

YAMANAKA is definitely one of those who appreciates changing of formation decided by the boss OTSUKI. As a player with experience of developing his career as the left SB former teams and wearing Blue shirts for the country as the young lefty monster, the last year was literally the worst season of his professional career. The 26 years old, struggled as the left WB in the season he joined the Red Diamonds, without any solution to break the opponent when he faced one by one situation on the touch line.

The reason why he has been highly evaluated as the specialist of the left side without his less athleticism of speed was his powerful left foot to produce very good chances for his teammates by variety of croses and powerful middle-ranged shots, and his intelligence that makes him possible to play well in the central area when the team builds-up. What he has leant about how to play as the “Falso-Lateral”, meaning a fake fullback when he played for Yokohama F-Marinos before he joined last year, helps OTSUKI’s side because the boys in red are instructed to follow 5-lanes principles when they play the ball.

So far he has been the one who the manager can’t miss to develop his game and already shining behind his buddy in the left side, YURUKI or MARTINOS. There have to be possibility for him to be picked again as a the SAMURAI Blue, once he himself or as the team overcomes his difficulty in defensive situation, especially how to deal with crosses which comes the other side, forcing him behaving as guard just in front of the goal mouth.